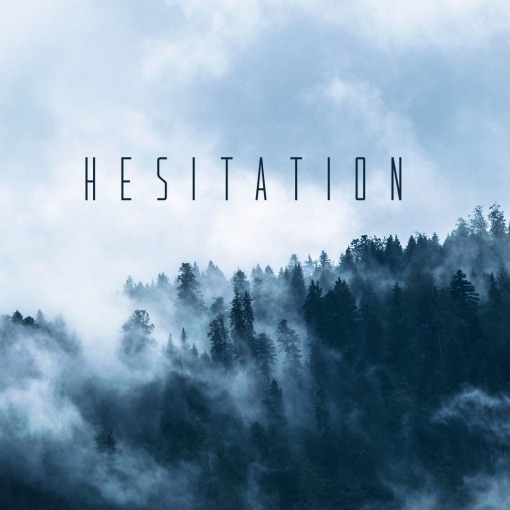 There are so many instances in the Bible where we see what no hesitation looks like.

“Then I heard the Lord asking, “Whom should I send as a messenger to this people? Who will go for us?” I said, ‘Here I am. Send me.’”

There was no hesitation from Isaiah. He saw how big and holy the Lord was and his only response was “Here I am. Send me.”

“As He was walking along the Sea of Galilee, He saw two brothers, Simon, who was called Peter, and his brother Andrew. They were casting a net into the sea, since they were fishermen. “Follow Me,” He told them, “and I will make you fish for people! ” Immediately they left their nets and followed Him. Going on from there, He saw two other brothers, James the son of Zebedee, and his brother John. They were in a boat with Zebedee their father, mending their nets, and He called them. Immediately they left the boat and their father and followed Him.”

In both instances there is one word in common, immediately. Once again, no hesitation. Jesus said “Follow Me.” and they did. The left all they knew. Their way of life. Their families and friends. With no hesitation. They left – immediately – and followed Jesus.

“As Jesus went on from there, He saw a man named Matthew sitting at the tax office, and He said to him, “Follow Me! ” So he got up and followed Him.”

Once again, no hesitation. Do we see Matthew saying, “But Lord what about my job? What about my family? What about my life? I can’t right now. I have this planned tonight.” No, absolutely not. Jesus said “Follow Me.” So he gets up and follows Jesus.

Here’s the truth of the matter, they got it right, sure they made mistakes later on, but in that moment they got it. They got it right. Because truthfully the only response to Jesus when He says “Follow Me” is to get up and follow. To say “I’m here Jesus. I’m coming. You can send me.” And anything less than running after Him when He says “come” is a no. No Jesus, because I have something that I believe is better than You.

In essence that’s what you’re saying when you tell Him anything other than a yes.

So today my prayer for you (and most certainly myself) is that we stop hesitating. We stop throwing up excuses and say, “Yes Lord. Send me. I’m right behind You and I’m trusting You to guide me wherever You need me.”

“After you have suffered for a little while, the God of all grace, who called you to His eternal glory in Christ, will Himself perfect, confirm, strengthen and establish you.  To Him be dominion forever and ever. Amen.”